For the past twelve years I spent quite some time working with children from one of the worst neighbourhoods in Romania. I often believe I was a moron for thinking I had any idea what I was doing.

It took me years to understand that repeated and regular failure would be an intricate part of my future, if I wanted to find success. It was difficult.

The first child that died of drug abuse, the first contact I had with a band of drug addicts under the age of twelve, the toilets from hell that I needed to clean, the children sleeping on the stairs and bitten by rats, the sewage running down the street, the piles of garbage, the racist doctor in an emergency room, the lice, the incredible arrogance and stupidity of donors and politicians, the useless meetings and endless talks, the absurd calls for projects of the EEA Funds and the European Commission funds, the idiotic local administration, corrupt and inept teachers, parents that shouldn’t be parents or human beings, children that were parents…

Having patience while being angry was by far the hardest.

Having to have patience with everybody. We worked inside a school, during the weekends. Saturdays were for sports and Sundays for homework. Afterwards we took the children to my house for a hot meal. 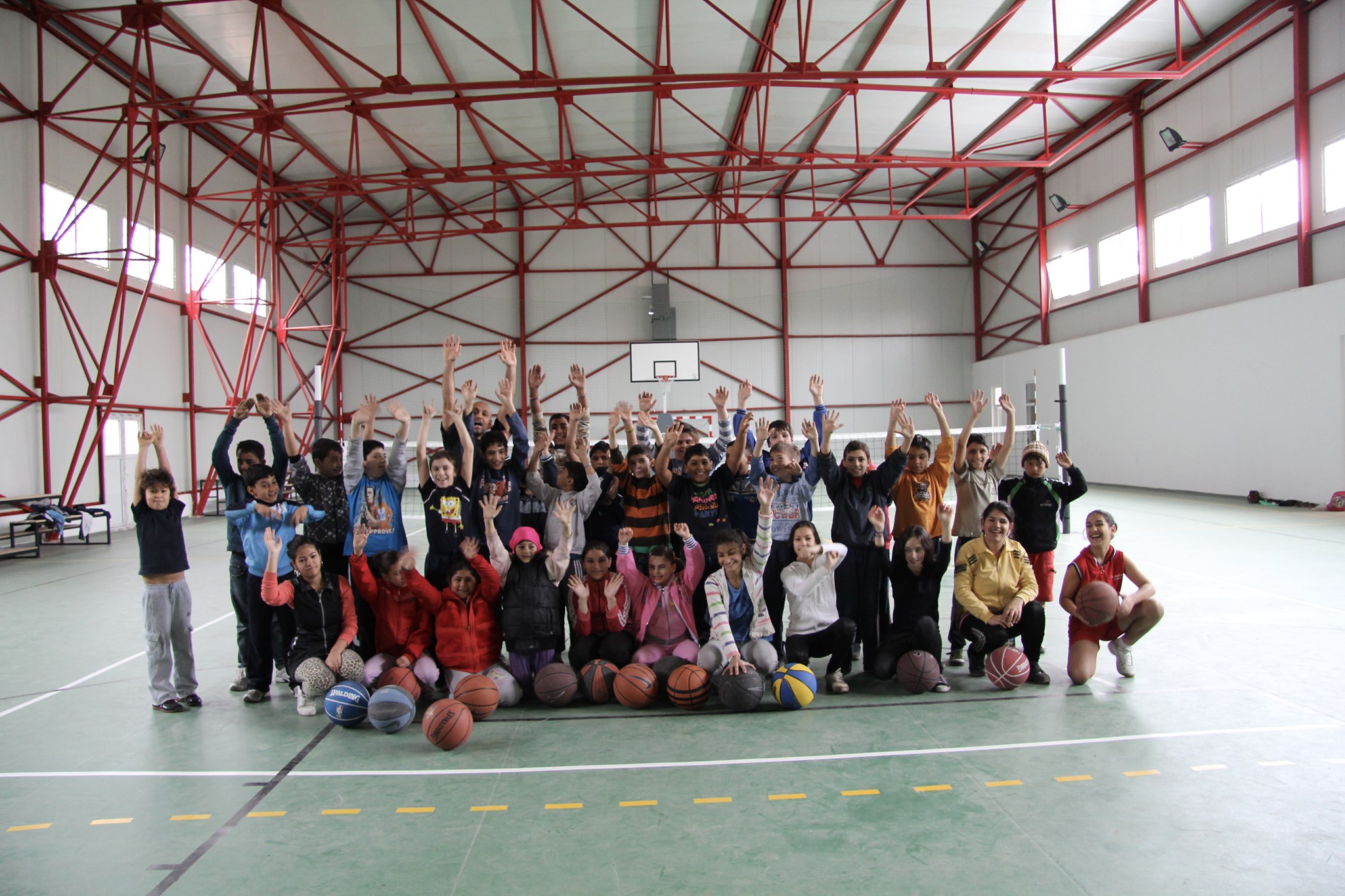 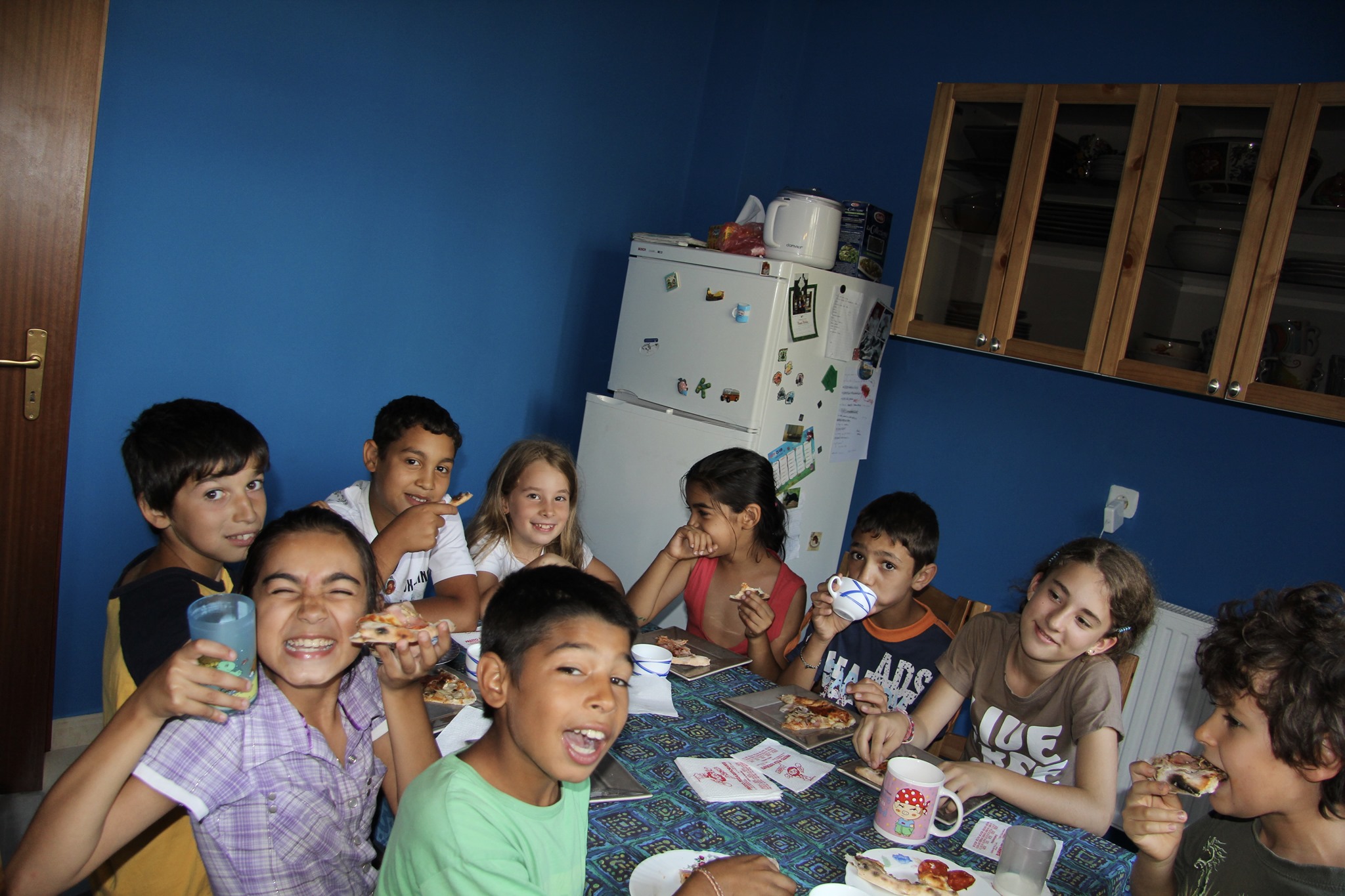 Pictures from 9 years ago

We learned from every experience. From what to do in the case of a burial to how to get children identity papers. We sorted through soiled underwear, we washed soiled underwear, pee from all over the toilets, we dealt with lice, with hospital emergencies, with dentists, with fractures and heart failures, with cases of rape, domestic violence, with getting hold of and carrying furniture, washing machines, refrigerators, cooking devices, food and everything and anything else you can imagine. Tens of thousands of hours that went into volunteering.

There were many remarkable moments. Like the first encounter with Silviu’s socks that he wore for 7 days straight. Because we gave him his very first pair of socks, and he refused to take them off again. I grew almost immune to smells. Definitely to sock smells.

This last August things were going great. We had 25 to 30 preschool children that regularly came here to study. Around 80 others between the ages of eight and sixteen. For years we managed to buy clothes and shoes for them and washing machines and detergent for their families. We helped as much as we could and now every one of them was well dressed and clean. Lice were a much smaller problem than ever. Some 50 – 60 volunteers from a group of a few hundred were present each weekend at the school. The children had a very good routine, they were more and more disciplined and the results had started to show. We were now using 5 classrooms instead of the few couple of tables we first had when we started out. We had a hot meal cooked for the children and the mothers had started to help as well.

And then everything fell apart.

The local administration won a EU grant; a terribly incompetent and corrupt administration. The mayor decided that I could be competition if I decided to run against him, despite the fact that I repeatedly stated I had absolutely no interest in doing so.

They kicked us out of the school anyway, in cahoots with a few NGOs. They did it after they had forced us to work in the halls and outside the school for three weekends in a row, by locking us out of the empty classrooms.

It sounds unbelievable, I know. We had hundreds of volunteers that for years and years managed to help hundreds of children. Our volunteers did everything with their own money, in their own spare time and the administration decided to simply kick us all out so they could do a fraction of the work with a fraction of the children, while spending huge amounts of public money. And all of it by using a very well intended EU grant.

I don’t remember ever being so depressed. The day I found out we had 24 hours to clear out all the educational materials before the guard was instructed to completely lock us out of the school was tough. 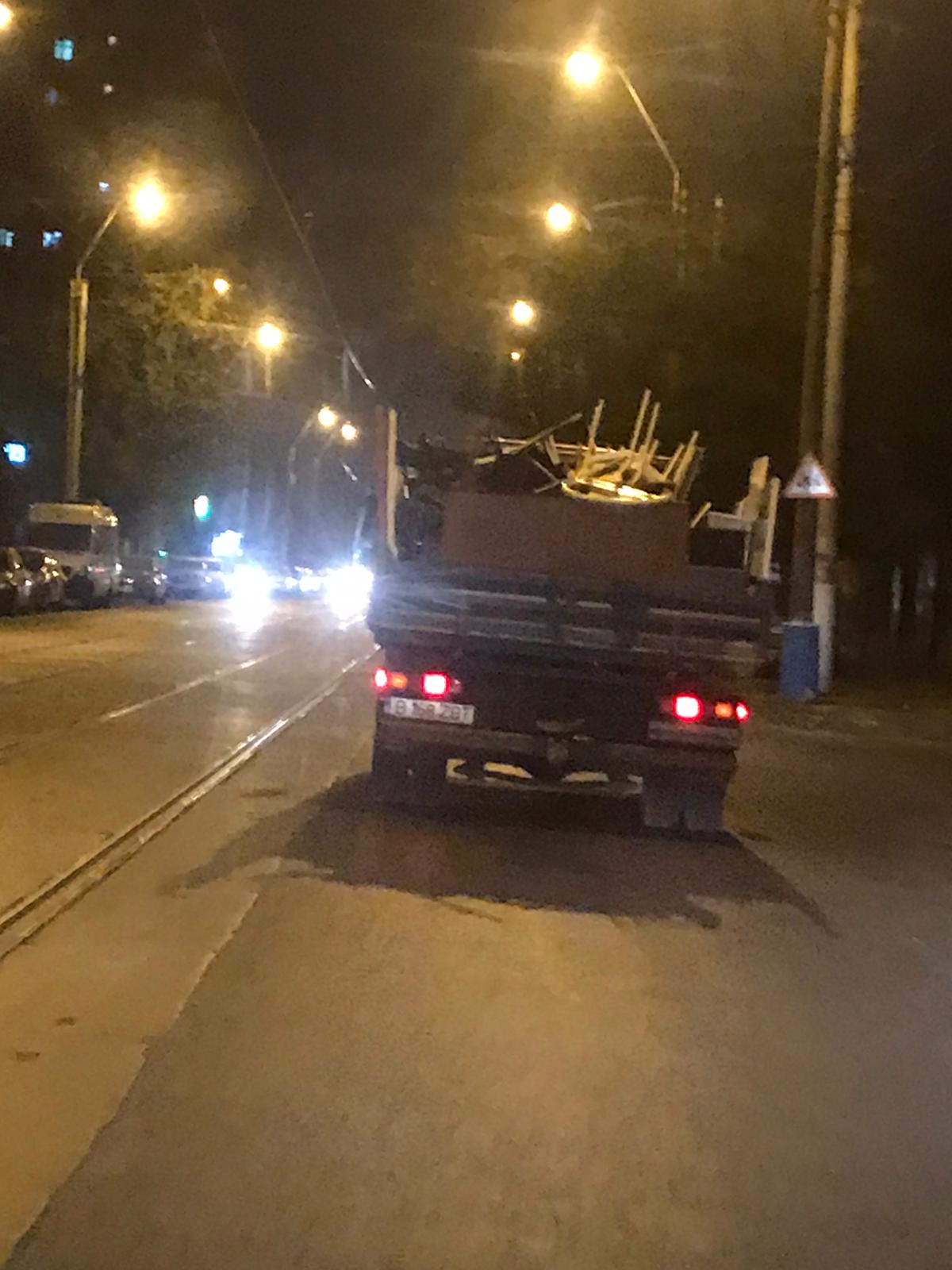 I wrote and published a rather emotional text. The next day I woke up to over 1000 messages. Many of the volunteers called me. And so I decided I was going to do something I had always dreamed of doing, but had never dared to.

I emptied my main bank account. I don’t think I ever felt so good spending money. I bought a house. I called it the Good House. And then I decided I would do what I find to be the very hardest thing for me, personally. I asked for help.

What a shock I had.

I’m not an easy person to deal with. I’m stubborn and I can’t keep my mouth shut even when I should. I can be abrasive and rigid. I was even black listed by the European Commission for a while, for daring to challenge some of their many inept initiatives.

And yet, hundreds of people wanted to help. This Sunday we are going to have the first homework session inside the Good House. We’re going to employ some of the mothers to work there. We’ll be able to host the urgent cases in the house (run away children or mothers) and we’ll sometimes even have free rooms for other emergencies. We’re going to have an exceptional handy-man who can teach children his craft. We’ll have a sports facility, a nice garden and a small repair shop. We might even be able to expand, with a bit of luck – there is an empty piece of land next to ours that we might be able to buy. We’re going to need a minibus for transporting children from the ghetto to the Good House.

We plan to open a house renovation business. It’s going to function as a means of help for the most needy in the community and we’ll also use the profits made from contracts to build another Good House.

We might open a cleaning business to employ more of the mothers who are struggling, especially the ones who are back from prison.

We might also fail. But we are a community of people keen on making the lives of the children in the ghetto better. And being part of it is an amazing feeling. We make each other better.

So… I become a baron. I have property that’s a bit over 1000 square meters.

If you want to help with the Good House please let us know. We’ll be happy to welcome you into our aristocracy. 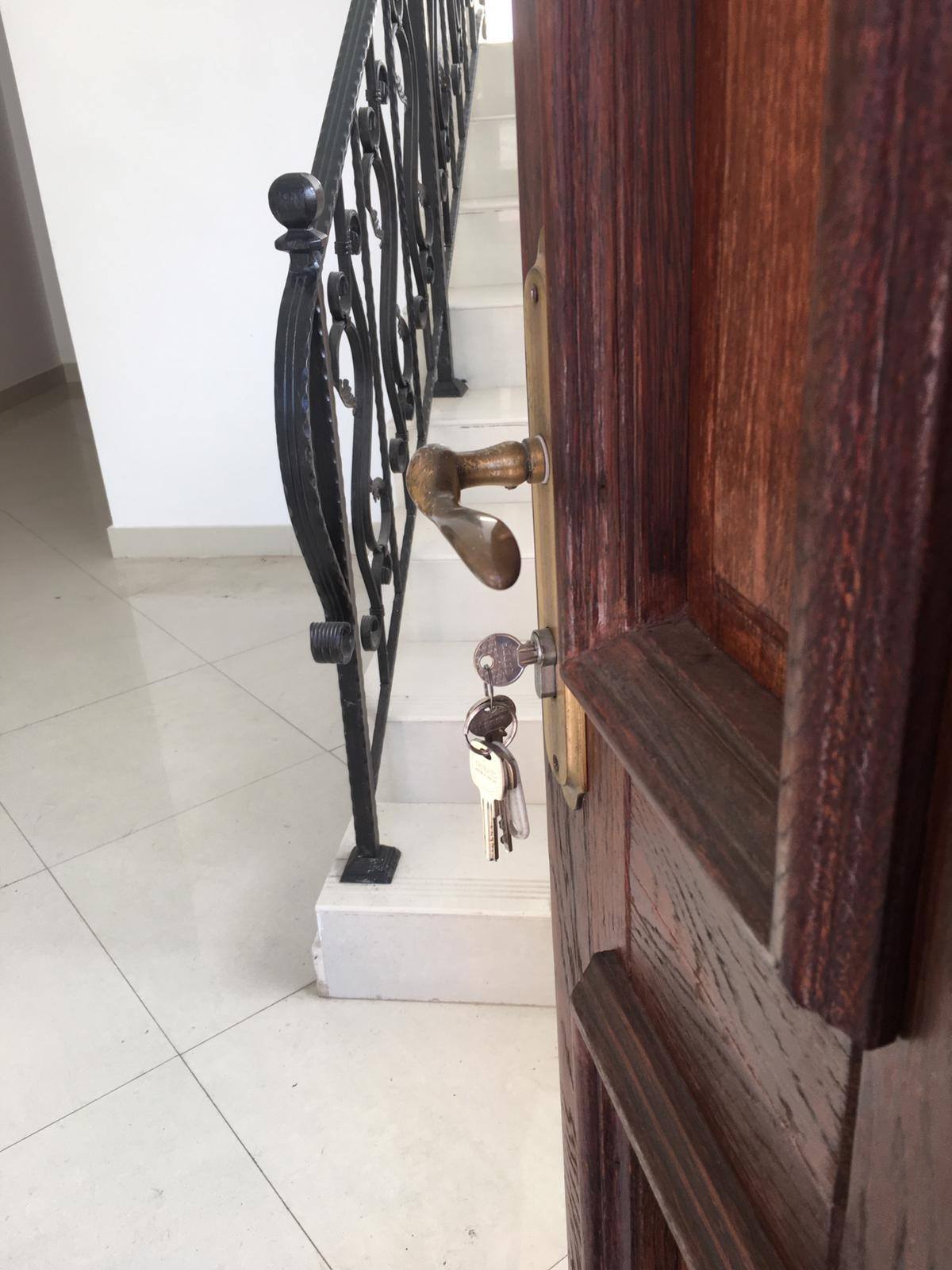 The first step in the Good House

If you want to help with the Good House please let us know. We will welcome you into our aristocracy.